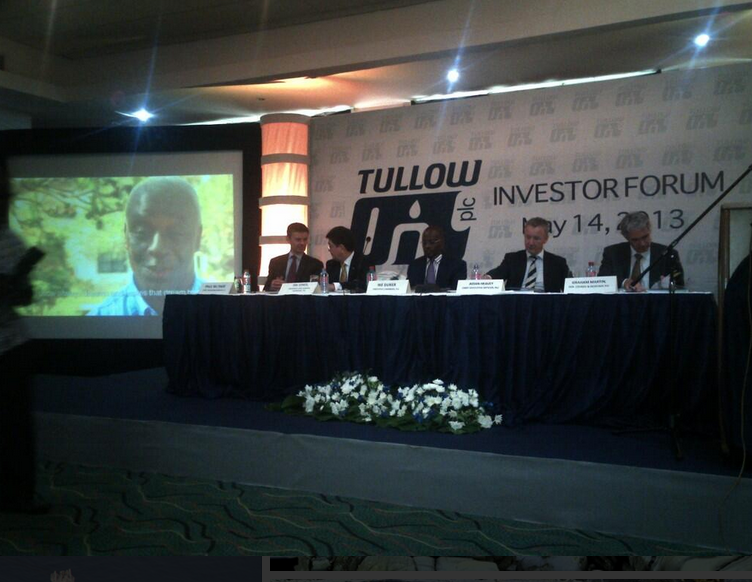 The British Oil company that is prospecting for oil in South Omo basin in South Ethiopia, Tullow Oil, is to conduct well testing in the second oil exploration well named Tultule-1.

Tullow Oil started drilling Tultule1 last September. Reliable sources told The Reporter that the drilling crew had reached the targeted depth. Sources said the drilling crew will soon conduct well testing in Tultule-1 that will enable them determine if there is oil in the well. According to sources, the company expects a positive result from Tultule-1. However, it will take some time to announce the result of the well test.

In a report issued last July the company stated that the Sabisa-1 well confirmed a viable hydrocarbon system in the region. According to Tullow, the well was drilled on the South Omo Block in Ethiopia in the northern portion of the Turkana Basin, over 300 kilometers north of the Ngamia and Twiga discoveries in Kenya, to a total depth of 2082 meters. The company said the well encountered reservoir quality sands, oil shows and heavy gas shows indicating an oil prone source rock and a thick shale section which should provide good seals for the numerous fault bounded traps identified in the basin.

Based on the encouraging result of Sabisa-1, a decision was made to drill the nearby Tultule, 4 kilometers to the east. A Polish company subcontracted by Tullow, OGEC, is drilling the exploration well.  Tullow said numerous additional follow-up prospects have been mapped in this part of the South Omo Block and in the adjacent Chew Bahir Basin. Encouraging seismic data had been collected from Chew Bahir.

New Age had encountered a technical problem on the drilling rig when it was about to start drilling the appraisal well last September. The company was supposed to start the drilling in September. However, after erecting its drilling rig at the drilling site, New Age’s drilling crew identified a technical problem on the rig. Reliable sources told The Reporter that the crew repaired the rig and started the drilling early October.
The depth of the well is estimated at 2800 meters and it will take three months to reach the targeted depth. Well testing will be conducted to determine the presence of oil and the amount of the deposit found in the region.

New Age (African Global Energy) Limited works in the Ogaden basin Block 7, 8 and the Adigala concessions with its partner, Africa Oil, the Canadian oil firm. New Age (the operator) and Africa Oil selected the drilling site in the El Kuran locality to drill the appraisal well.