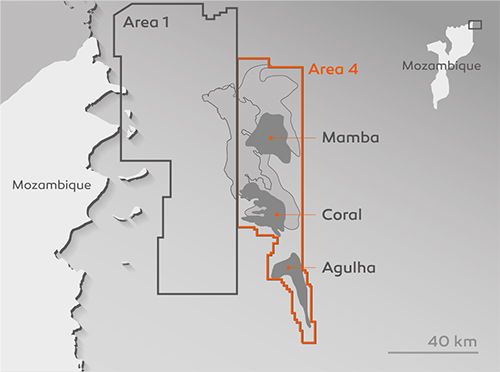 According to FNB the financing contracts were signed on Friday in a consortium that has seen over a dozen financial institutions including the Rand Merchant bank, through its corporate and investment banking unit, team up for the project.

“FNB… intends to enter other large natural gas projects in Mozambique, just as it entered into Total’s financing, in a consortium of 20 banking institutions that granted $15.8 billion, for which the last contracts were signed last Friday,” it said.

Total operates Mozambique LNG with a 26.5% participating interest in Area 1 which contains more than 60 Tcf of gas resources, of which 18 Tcf will be developed with the first two trains. The Final Investment Decision (FID) on Mozambique LNG was announced on June 18, 2019, and the project is expected to come into production by 2024.