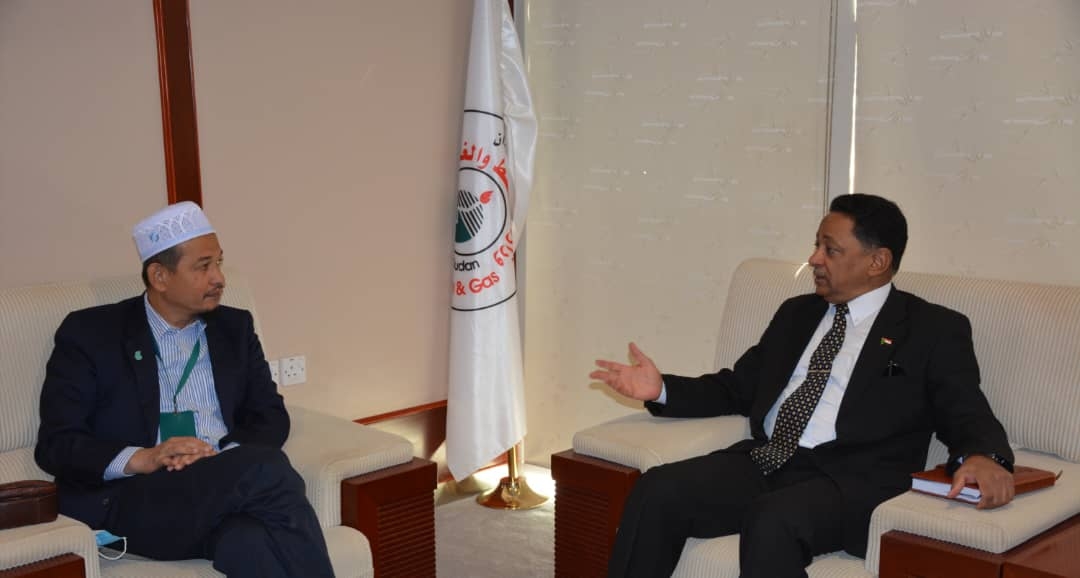 he meeting touched on the work of Petronas in Sudan, which is one of the large international companies that worked on oil extraction, and the possibility of increasing its investment In the Sudanese oil sector, which is still a promising sector and has an encouraging infrastructure for investment.

The minister appreciated Petronas’s role as a pioneer in the field of petroleum and its investments in the oil industry in Sudan, and the Minister of Energy called for the need for continued cooperation in developing strategic cooperation plans to increase oil production and raise gas production .

He expressed his hope for the continuation of cooperation in the field of training and academic exchange, in order to benefit from the experiences of cadres dispatched from the two countries to increase oil production and support investment .

The Petronas company director expressed his happiness with the oil agreement between Sudan and South Sudan and said that the matter would be better for the two countries in terms of increasing oil production .