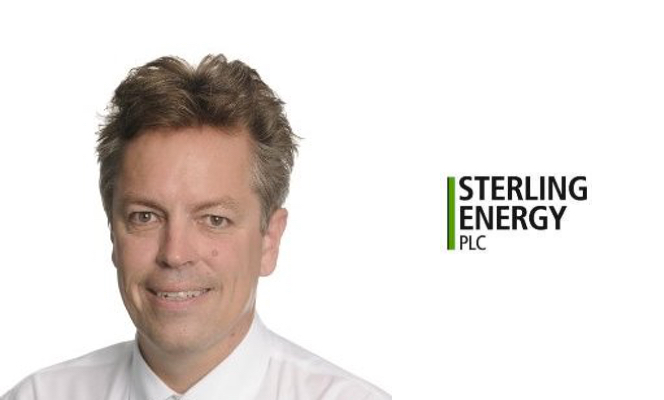 Wentworth Resources has announced that Eskil Jersing has agreed to join Wentworth as Chief Executive Officer (CEO). According to Wentworth Eskil will join the Company and Board of Directors in Q2 2018 as he undertakes an orderly transition from his current position as CEO of Sterling Energy where he joined in March 2015.

Eskil Jersing resigned from his position as Chief Executive Officer of Sterling Energy on 21st December and the company is currently in the process of identifying and appointing a new CEO.

Eskil’s career to date spans over 30 years working across the spectrum of exploration, appraisal, production and development projects in many of the world’s key Petroleum basins (North Sea, Gulf of Mexico, Brazil, Africa, SE Asia and Australasia). Throughout his career, Eskil has led multidisciplinary integrated teams, executed new country entries, secured major leasehold positions, in addition to discovering and monetising a number of oil and gas accumulations. Eskil is currently CEO of Sterling Energy plc, a UK based independent oil and gas exploration company focused primarily on Africa and the Middle East.

Eskil started his career in 1985 as a Field Seismologist with SSL, before moving to Enterprise Oil and, following their takeover, Shell International, ultimately as the Gulf of Mexico Exploration Strategy and Planning Manager. In 2009 he joined Marathon Oil as the Company’s Manager for Conventional New Ventures Worldwide and subsequently Apache Corporation as Director Worldwide Exploration and New Ventures Asia Pacific. He was Head of New Ventures and Co-Head of Mergers & Acquisitions at Petrobras Oil & Gas BV before starting at his current role. Eskil holds a BSc in Geophysics from Cardiff University and an MSc in Petroleum Geology from Imperial College, London.

“I am looking forward to welcoming Eskil to the management team and the Board of Wentworth. He will be taking the reins of the business at a very exciting time for us; we have an established and growing production base in Tanzania and an operated near term high impact appraisal and exploration asset in Mozambique.  As indicated in November 2017, with the planned relocation of management to London, this is the right time for us to welcome a new, dynamic executive to the Company who has a wealth of relevant geological and industry experience, to take the business to the next stage in our development,” commented Wentworth Resources Executive Chairman Bob McBean.