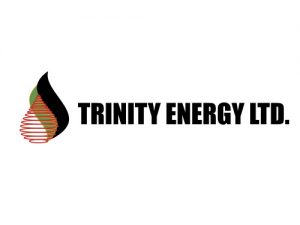 Trinity Energy Ltd , a South Sudan homegrown Oil Marketing Company will in the first quarter of 2019 shall start construction works of a new oil refinery targeting to supply the East Africa countries with the region sourcing Petroleum products amounting to 15 million tons mostly from Asian Refineries.

This follows the award of a license to build a 50,000 Barrels Per Day (BPD) Petroleum Refinery in South Sudan to Trinity’s Group Company A&A Oil and Gas Ltd with the green field Refinery planned to be set up near the Oil fields in Palouch., about 350 Kilometers from Ethiopia (one of the largest energy markets in Africa that is growing at a CAGR of 15%).

Preliminary Feasibility Studies have been done by M/s Foster Wheeler of France & Engineers India Ltd (EIL) for the proposed Refinery.

According to Trinity the Refinery shall produce approximately 2.5 Million tons of Petroleum products, initially but shall scale up to 10 Million tons in the next 5 years period, especially to cater to high growth markets like Ethiopia, Kenya, Sudan Uganda and Tanzania.

This is timely as South Sudan’s crude oil production shall hit 300,000 BPD by the 3rd Quarter of 2019 and with such production, the country is in a position to cater to the demands of the entire region with sufficient capacities in refining the locally produced crude oil.

Financing of the project according to Trinity shall be by way of its own balance sheet and PE partners.

M/s Peiyang Chemical Engineering Company (PCC) from Tianjin, China shall be the EPC contractor for the Refinery project and they will set up a workshop to fabricate major components for the Refinery.

Trinity adds that it is in negotiations with technology companies to build a product pipeline to Ethiopia.

Pre-order the first South Sudan Upstream Sector Outlook from OilNews Kenya at a discounted price of just $100 this week instead of $200 starting 1st December 2018. Contact sales@oilnewskenya.com or +254724684368