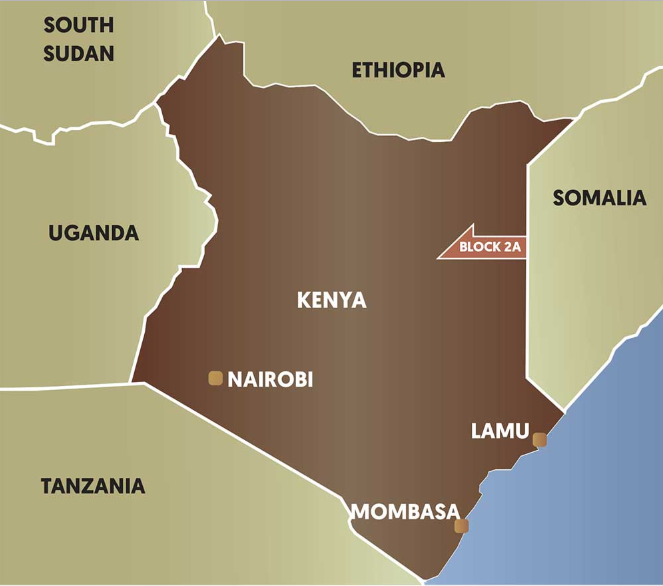 Block 2A operator Simba Essel has submitted a technical presentation to the Ministry as part of their application to obtain a formal permit to drill after review of data pertaining to the interpretation of seismic data from the recent survey which produced a total of five hundred and twenty (520) kilometers of 2D seismic lines on Block 2A.

According to Simba Essel their geological team in Dubai have spent the past few months reviewing and analyzing data obtained from three independent international resource consulting firms; Sproule International, CGG GeoConsulting, and XODUS.

Following the submission of the data pertaining to the interpretation which comprised of a drill program the company says in advanced negotiations with a major drilling company regarding a drill program for Block 2A in Kenya.

Essel Group Middle East (EGME) which has the carry in Block 2A further says once the drill program is finalized, this drilling agreement will be submitted to the Ministry of Energy in Kenya for approval and issuance of a permit for drilling purposes.

This new announcement contradicts an earlier announcement that the company will proceed with a 3D seismic program covering approximately 160 square kilometers over its most promising area.

Simba Essel holds a 100% interest in the PSC for Block 2A, onshore in Kenya. Block 2A (7,801.72 km2) which overlies the southern tip of the Mandera basin while the southwest corner of the block extends into the Anza basin.