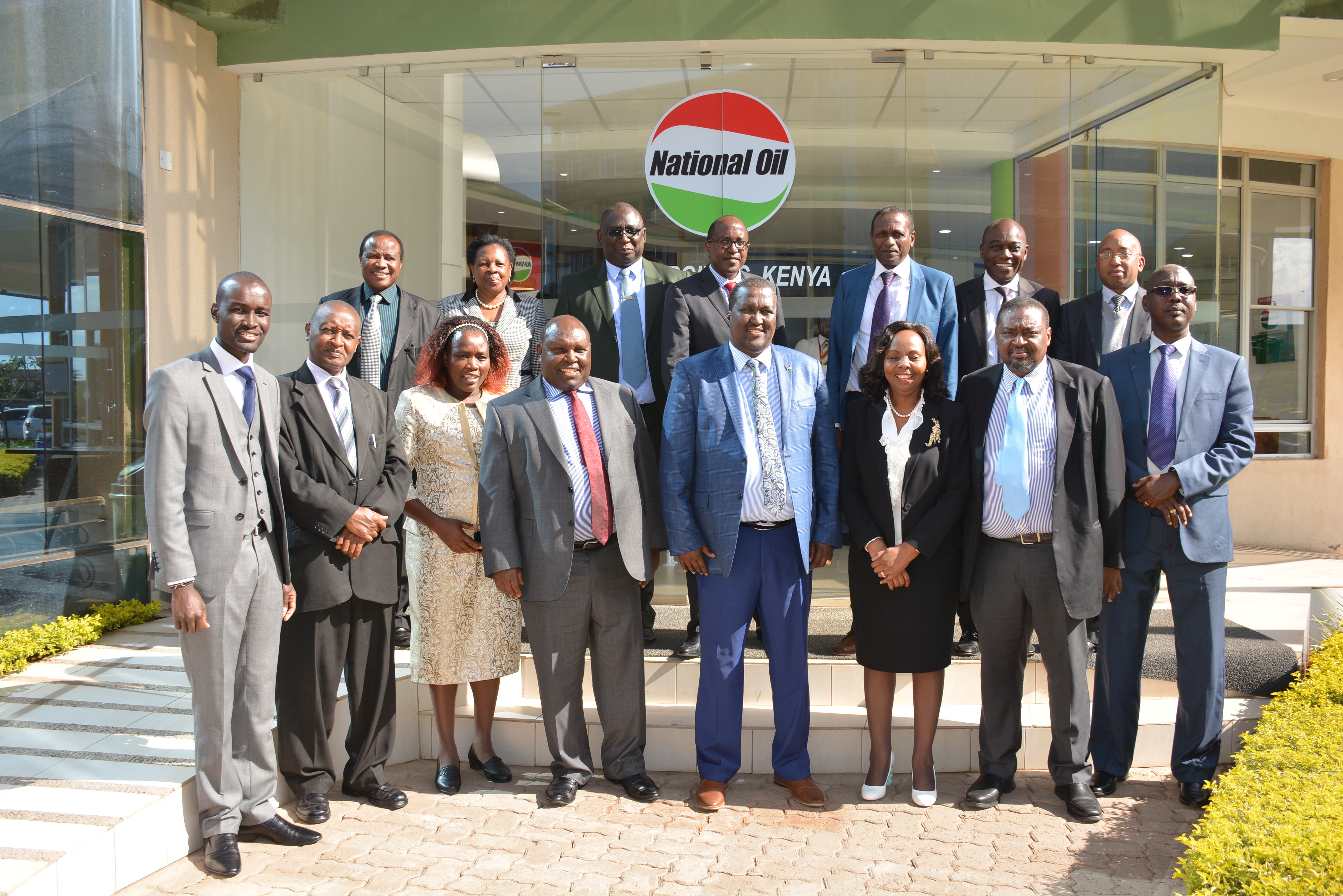 The National Oil Corporation of Kenya held its Board of Director’s inauguration meeting on 27th June 2018 at the Corporation’s headquarters. This came after the appointment of Mr. Kibuga Kariithi as the Board Chairman for a term of three years by President Uhuru Kenyatta in The Kenya Gazette Special Issue Volume CXX-No. 68 notice announcement on 6th June 2018.Mr Kariithi had served the Corporation’s Board as a director during 2015/2016, 2016/2017 to 2017/2018 financial years.

The Cabinet Secretary for Petroleum Hon. John Munyes also appointed new board members for a term of three years namely, Caroli Omondi, Hillary Sigei and Daniel Mutiso Nguu. Sam Gakunga and Margaret Saitoti who served in the Corporation’s board during the 2015 to 2018 period and whose term ended on 16th April 2018 were reappointed for a period of 3 years.

The meeting graced by the Petroleum and Mining Cabinet Secretary John Munyes and Chief Administrative Secretary Eng. John Musonik also marked the first sitting of the new board.