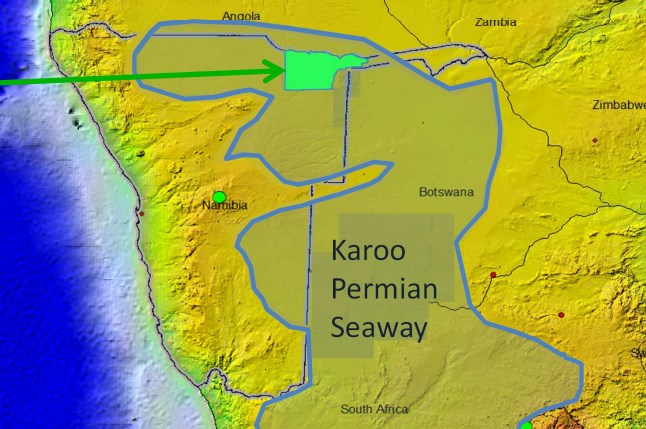 Reconnaissance Energy Africa Ltd. has announced that it has commenced the permitting process for the acquisition of 450 kilometers of 2D seismic data in the deep Kavango Basin in the Kalahari Desert of North East Namibia.  To execute the program, the Company has contracted Polaris Natural Resources Inc, based in Calgary, Alberta, Canada.

As a result of a competitive bidding process, ReconAfrica has contracted Polaris Natural Resources Inc, Canada’s longest standing seismic company to provide acquisition services for its first 2D seismic program. Polaris has conducted over 1,000 seismic projects since 1996 and introduced the first ‘low impact seismic crew’ into Africa in 2008. This includes the patented Polaris Explorer 860 energy source which represents the world’s  most environmentally friendly seismic source.  This technology has been used very successfully on over 15 projects in East Africa and has been well accepted in all communities where it has been used. This source will be complimented with the world’s newest and smallest wireless recording nodes or receivers.

Bill Mooney, Polaris CEO, states  “Polaris is very pleased to support ReconAfrica on this world class project.  The combination of technologies being employed represent not only the lightest seismic footprint possible, but also allows for very fast and high resolution data acquisition.”

The Company intends to conduct, process, and interpret 450 km of 2D seismic that will tie to the active three well drilling program. The proposed seismic survey will be conducted along existing roads and tracks. The Environmental Impact Assessment process for this operation has begun with the posting of public sessions.

“The Kavango basin is a large sedimentary basin comprised of five sub-basins and numerous structural features” states CEO Scot Evans.  “The initial seismic program will provide the basis for evaluation and ultimately drilling of this very large set of conventional oil and gas prospects.”