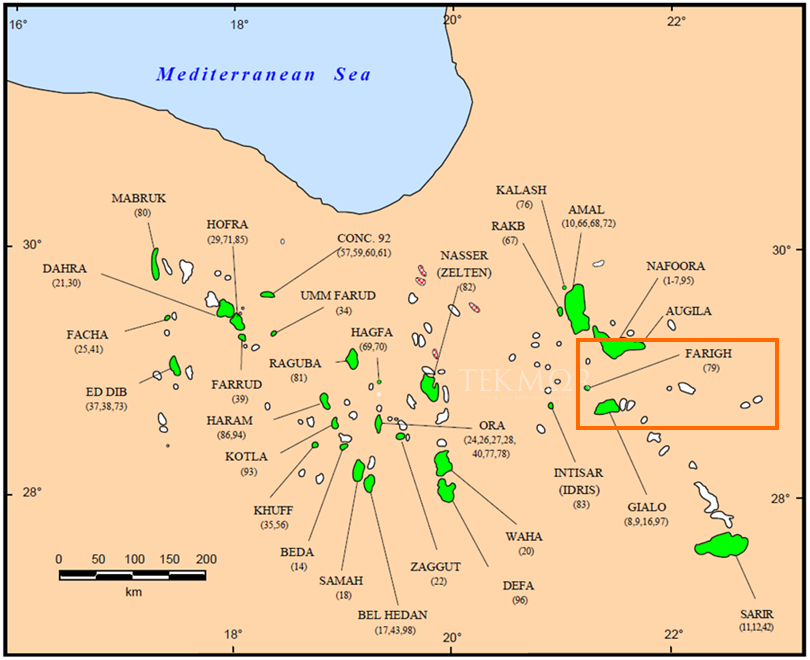 The National Oil Corporation (NOC) last Thursday, January 28, 2021, announced the restart of production from Faregh field operated Waha Oil Company, nearly a year after it was shutdown due to the closure of oil terminals in January 2020.
According to NOC, Waha Oil Company was able to resume the re-commissioning operation at 13:30 in the afternoon, after it was forced to shutdown January last year during the initial commissioning because of the closure of the oil terminals . As a result of these closures and deteriorating security conditions, the contractor was forced to leave the field before finalizing the commissioning process.
After lifting the force majeure during September 2020, Waha began difficult negotiations with the company on returning to the field and to resume re-commissioning process, it took WOC sometime to convince the contractor to agree to return back.
The company started inspection of all linear, instruments and treatment facilities,and the field on Thursday it was successfully restarted and the production reached 140 MMSCFPD.
It is worth mentioning that 80 MMSCFPD will be used to supply gas feed to power plants at Sarir power station to help lifting the suffering of the citizens and reduce the operating expenses.