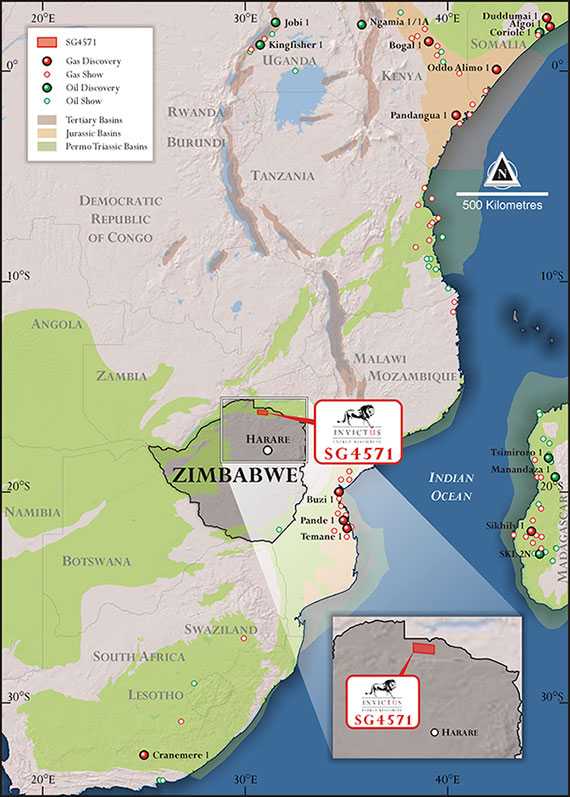 Non-binding offer for farm-in to the Cabora Bassa Project

During the quarter, the Company received a non-binding offer for farm-in to the Cabora Bassa Project. The proposed transaction is subject to completion of further technical, legal and commercial due diligence by both parties, approvals and agreements by requisite government authorities and execution of binding Farm Out Agreement(s).

Petroleum Exploration Development and Production Agreement (PEDPA) review completed
The Petroleum Exploration Development and Production Agreement (PEDPA) between Geo Associates and the Republic of Zimbabwe was reviewed by the Inter-Ministerial Committee established to review the agreement and has been approved. The PEDPA provides the framework for progression of the Cabora Bassa Project through the exploration, appraisal, development and production phases and the obligations and rights of each party over the project lifecycle. The Company is awaiting execution of the agreement.

Field Operations Completed & Additional Seal Potential Identified
Following the approval of the Environmental Management Plan, the Company undertook a successful field reconnaissance program in the Cabora Basa Basin during the quarter and was concluded ahead of schedule. Detailed traversing and mapping across the area was completed and identified the optimal acquisition routes. The Company is making significant progress on executing the first seismic acquisition program in the country for 30 years and is working closely with the seismic contractors on a planned acquisition campaign in 2021 to commence once the rainy season has concluded. This will be followed by a high impact basin opening drilling campaign to test the petroleum potential of the Cabora Bassa Basin.

The reconnaissance field program completed during the quarter revealed additional exposure of the JurassicCretaceous aged Dande Formation and possibly younger sediments approaching the southern Basin edge. A significant sequence of mudrock interbedded with sandstone, giving rise to typical ‘ridge and furrow’ topography, was observed for several kilometres along a section coincident with the traverse completed
along proposed seismic line L35. The conclusion drawn from this observation is that the post-Dande Formation, in this locality and possibly elsewhere, contains a significantly larger proportion of mudrock than previously recognised.

Such developments could have significant intra-formational seal potential for this sequence and de-risk a key element of the petroleum system for this play. The observation of these significant mudrock sequences within this unit is consistent with the interpretation of better developed seals moving basinward. The interpretation is further supported by the elevated amplitude anomalies which may indicate the presence of
hydrocarbons  on the high side fault trap coincident with the previously identified Lead A  feature in the post Dande formation and could indicate a competent seal and reservoir pair