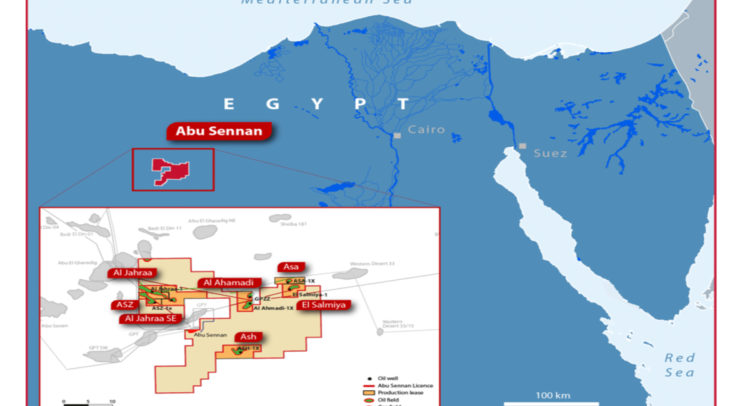 United Oil & Gas has announced the spudding of the ASH-3 well in the Abu Sennan Licence, Egypt on 4 January in the Kuwait Energy Egypt operated license.

The ASH-3 development well is the first to be drilled in the 2021 campaign,  and is to be funded from operational cashflow. The second well in the drilling schedule will be the ASD-1X exploration well, targeting the Abu Roash reservoirs in the 4-way dip-closed Prospect D structure in the north of the Licence, close to the producing Al Jahraa field and if successful is capable of being brought into production quickly. The historic drilling success rate on the Licence is c. 80%.

“We are delighted that the ASH-3 well has been spudded, and look forward to updating the market in due course, once the well has reached the target reservoirs. There is clearly great potential in the ASH Field, and if the outstanding success that was achieved in the ASH-2 well can be replicated here, it will be a fantastic result for the joint venture partners.

“It is equally pleasing for the joint venture to be back drilling in Egypt again, after the deferral of the majority of the 2020 drilling programme due to the low oil price environment, and we look forward to the drilling of further wells as part of our 2021 campaign, including the ASD-1X exploration well, that will follow after completion of ASH-3.”