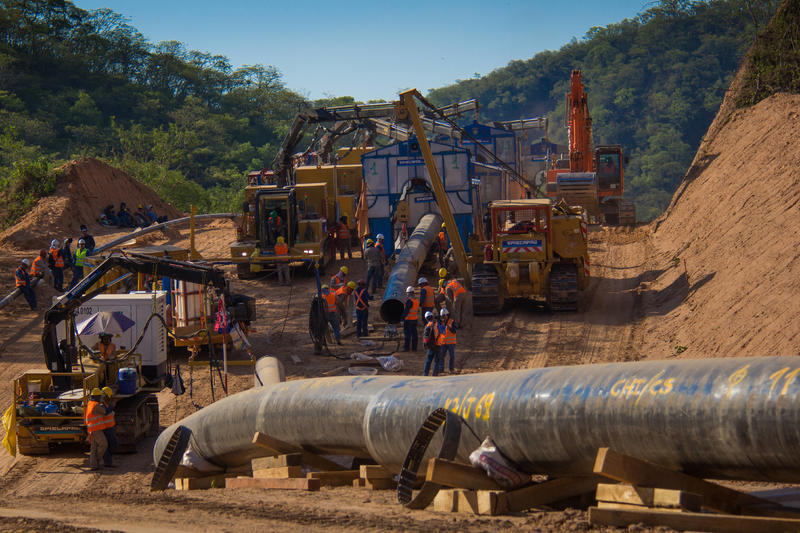 Construction of the World’s longest heated crude oil pipeline the East African Crude Oil Pipeline (EACOP) is set to begin in the second week of March according to Uganda’s Foreign Affairs Minister Palamagamba  Kabudi citing Total’s E&P director for Africa in a meeting held in Paris according to Uganda’s .

According to Mr Palamagamba Total’s E&P director for Africa division Nicolas Terraz assured the government that the construction was set to kick off as to the desire of Uganda’s President Yoweri Museveni and his Tanzanian counterpart John Maghufuli following the signing of the Host Government Agreement in September 2020.

“While in France I held talks with Total director who assured me that all is set for the construction of the pipeline to kick off in the second week of next month,” Palamagamba is quoted by the Citizen Newspaper.

Already Total has invited for provision of various services in November for the Tilenga project including site preparation and infrastructure works construction project management services in respect to enabling infrastructure for fields in the CA-1 block and northern panel LA-2 block.

The National Environment Management Authority (NEMA) has issued a certificate of approval to Total East Africa for the Environment and Social Impact Assessment (ESIA) study for the East African Crude Oil Pipeline (EACOP) Project in the Ugandan Section on 7th August 2020, with the Tanzanian approval for the Tanzanian section issued on November 29, 2019. The ESIA studies for EACOP were conducted between 2017 and 2018 and covered extensive physical, biological and social baseline data collection and stakeholder engagement.