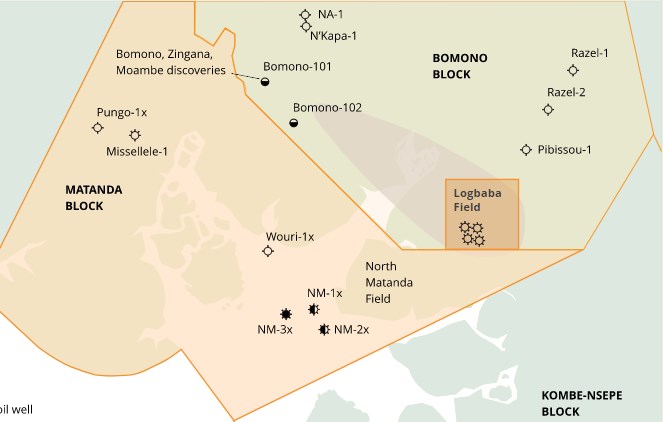 ·    Matanda.  Well planning, procurement of long lead items and rig selection are underway, and the farmout process has been started with several parties registering interest. The Environmental and Social Impact Assessment (ESIA) has been delivered for the Ministry’s consideration.  Follow up meetings have been held with the Ministry of Environment to plan the second phase of public hearings which form part of the ESIA process.

·    New Age Letter of Intent.  The LoI with New Age, which was originally announced on 5 February 2020, expired on 31 March 2021.  In consultation with SNH, GDC and New Age agreed to let the LoI lapse and expedite discussions with SNH on the way forward on the project in line with the Gas Code of Cameroon and the Country’s Gas Master Plan.  As part of the process, GDC has offered to offtake up to 25 MMscf/d from Etinde, subject to a number of conditions.  The whole project still remains conditional upon securing Final Investment Decision on the upstream project and award of an Independent Power Producer licence among other things.  Recent public statements suggest that the Etinde partners are now likely to secure FID in 2022, before which they will need to renew their Exclusive Exploitation Agreement and seek approval for a revised development plan.

·    RSM Litigation.  An ICC Arbitration panel will hear the substantive matters raised by RSM (GDC’s joint venture partner in the Logbaba field), and GDC’s counterclaims, in the third week of April (rescheduled from January). The UNCITRAL arbitration will be heard in London under Cameroon Law and is scheduled for hearing at the end of September 2021.  Arbitrations under ICC and UNCITRAL rules are confidential processes and  the Company is not permitted to provide detailed comments on them, beyond saying that the amounts of claims and counterclaims are material to the Company and that it continues to vigorously defend the claims raised by RSM. Our expectation is that each panel would take several months to deliberate and issue their rulings.

” We are very pleased at the significant progress that we have made as a company over the course of the past few months on a number of corporate and operational fronts. The company now has a well stock of four wells at Logbaba, albeit with very different production characteristics. The operations team have done a great job managing the different wellhead pressures during the multi-well operations, and the higher water production.

In the Matanda license, we’re pleased with progress on the ranking of prospects and the start of the well planning phase. We have initial interest in the farmout of Matanda but there is of course a long way to go in that process.