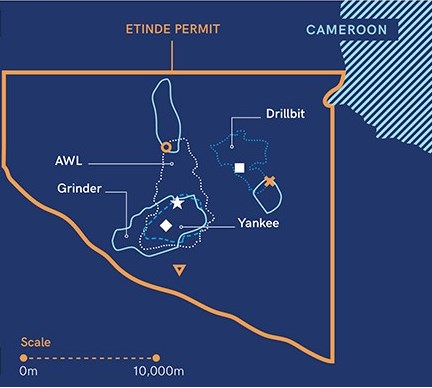 New Age Ltd (New Age), Operator of the Etinde licence, has received formal approval to apply for a new Etinde Exploitation Agreement (EEA). This would replace the existing EEA which came into force by Presidential decree in January 2015.

The agreement was reached following discussions with the Government of Cameroon’s representative, Société Nationale des Hydrocarbures, the national oil and gas company of the Republic of Cameroon (SNH). The authorisation is based on the following general terms:

The new EEA would be for the production of hydrocarbons including the delivery of gas to thermal power plants or any other projects confirmed by the State.

Commenting on the announcement, Eli Chahin, CEO of Bowleven, said:

“We are pleased to announce that following a constructive dialogue between the Etinde JV partners and SNH, authorisation to apply for a replacement EEA has been granted.  This is very positive news for the Etinde development, as it essentially eliminates the possibility of the Government of Cameroon removing the Etinde licence from the JV partners, following the end of the initial six year development implementation period in January 2021.

The JV partners continue to make good progress towards achieving a Final Investment Decision on the licence in 2021 and I look forward to keeping all our stakeholders updated on developments over the coming months.”