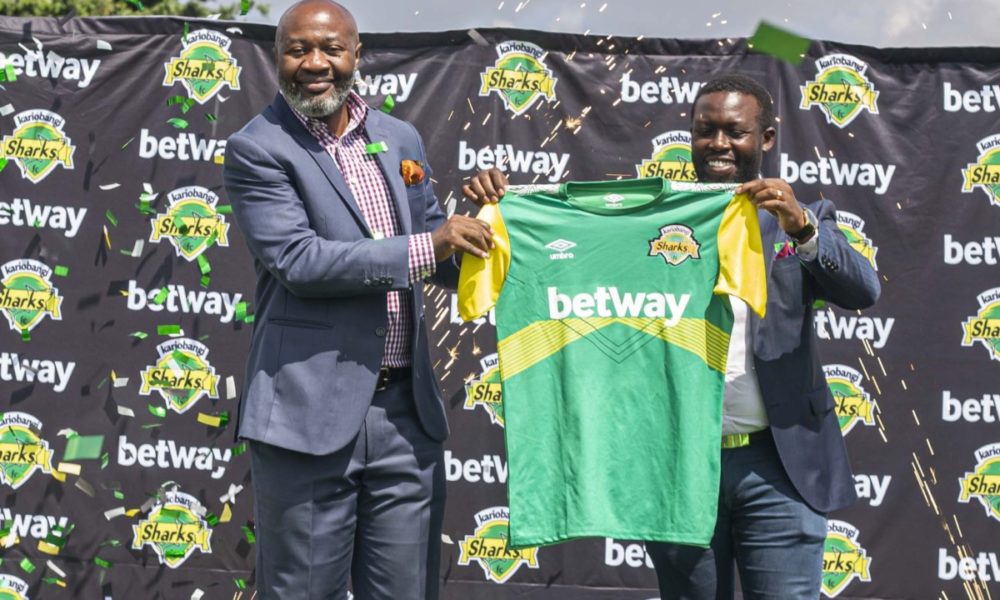 It is now official; the top betting site betway has extended their sponsorship deal with the Kenyan premier league side Kariobangi sharks. Betway presence in Kenya has been great as they have provided more than a reliable betting platform with solid odds through their community initiatives. The initial agreement signed back in 2019 expected to run for three years was developed further. There is no information on the length of the sponsorship will be both from betway and the club.

According to the betway chairman in Kenya, Kiprono Kitony, the sponsorship deal’s extension increases Kariobangi Sharks’ value confidence. The support towards sports will continue alongside their corporate responsibilities to uplift society during the current difficult times. Kariobangi Sharks are one of the few Kenyan clubs with individual financial partners.

The Betway Kenya PR and media executive Karen Njerenga said that Kariobangi Sharks’ organization is very encouraging for the brand, which served as the basis for renewing the contract. They are excited and, at the same time, very eager to see how the new season will turn out for Kariobangi Sharks. For punters, Betway soccer betting will continue presenting more wagering opportunities in the upcoming season.

The signing of the deal by betway back in 2019 can go when another top betting site left the Kenyan premier league sponsorship deal. Although Kariobangi sharks enjoyed financial stability at that time, they did not want a good time at the pitch as they wallowed just above the relegation zone in the previous season.

The cancellation of the games in May came to their rescue. Despite the challenges, William Muluya held on to the position, but a rather great start in the 2020/21 season indicated that the team is ready for competitions again.

The 2017 shield cup winners opened their premier league campaign on a high note, beating Wazito FC 4 – 0 before being held into a barren draw by Nzoia sugar in their second game. This season’s perfect winning streak for Kariobangi Sharks continued after the slum boys beat Western Stima 2 -1. Erick Kapaito was the key player of the ‘Slum Boys’ as he netted twice in the space of six minutes to make sure they remained unbeaten in the league. Currently, Kariobangi Sharks sits in the second position in the Kenyan Premier League table with three wins and two draws. They have not suffered any loss in this season.

After beating AFC Leopards 2-0 in their last league outing, Stima came into the match seeking to make it two wins out of two and took the lead in the 55th minute when Bernard Onyango scored into his net.

The Eastland club is set to face Ulinzi star looking forward to extending their current winning streak. Ulinzi Stars are in the eighth position with only one win, one draw, and one loss. The team morale is high, and they are expecting good results this season.