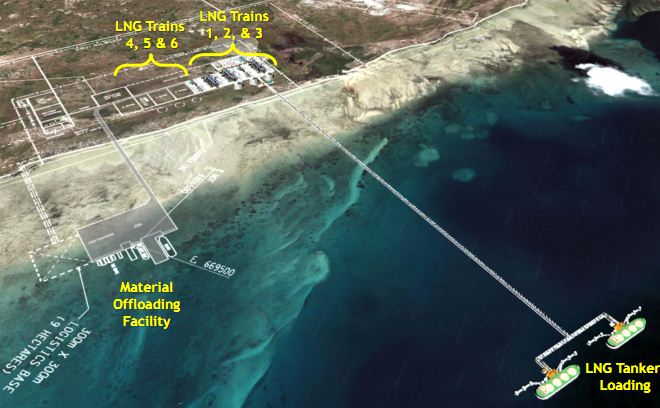 Mozambique Area 1 operator Anadarko Petroleum announced Mozambique LNG1 Company Pte. Ltd., the jointly owned sales entity of the Mozambique Area 1 co-venturers, has entered into a long-term LNG Sale and Purchase Agreement (SPA) with Électricité de France, S.A., (EDF). The off-take agreement calls for the supply of 1.2 million tonnes per annum (MTPA) for a term of 15 years.
According to Anadarko Executive Vice President, International & Deepwater Operations and Project Management Mitch Ingram the SPA with EDF one of the World’s largest electric utilities continues to validate Mozambique LNG’s position as a competitive long-term LNG supplier and as one of the world’s leading greenfield projects
“Mozambique LNG is unique in its ability to supply LNG to a variety of geographic locations to serve its customers, and this SPA gives us flexible access to Europe, which is one of our key strategic markets. The EDF sale is included in the portfolio of sales of more than 5 MTPA for which we have agreed key terms, and we continue to advance additional off-take arrangements. We anticipate the future development of Mozambique LNG will open new opportunities for the country and serve as a growth platform for its ongoing development,” said Mitch ingram.
The Anadarko-operated Mozambique LNG project will be Mozambique’s first onshore LNG development, initially consisting of two LNG trains with total nameplate capacity of 12.88 MTPA to support the development of the Golfinho/Atum fields located entirely within Offshore Area 1.