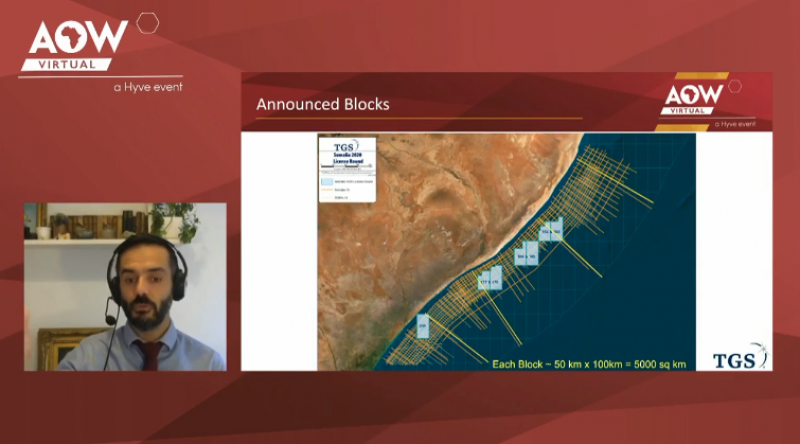 AOW  Virtual, an online summit from the team behind Africa Oil Week, took place 7-8 October; Thirty speakers and hundreds of delegates dialled in from all over the world.

Day one of the conference began with the Operators’ Strategic Outlook session, in which senior representatives from Operators Kosmos Energy, Chariot Oil & Gas and Tullow Oil discussed the new ventures and geographies they are now prioritising within Africa. The tone of the session was pragmatic; it’s clear that Operators will need to divest certain assets in the new, low oil price environment. Tullow Ghana MD Wissam Al Monthiry was noticeably tight-lipped when quizzed on the company’s plans to sell assets as part of an effort to raise a billion dollars in proceeds to pay down debt. He commented “[apart from Uganda] we are looking at other asset sales to be able to get to that number, and we’re working hard to identify the right ones. All of our portfolio has aspects we’re excited about and has incremental value to Tullow, but it just becomes a question of trade-offs in today’s world”.

However, speakers agreed that there are exciting opportunities in Africa for Independents, who will undoubtedly play a more significant role on the continent as the majors look to meet ambitious emissions targets. Kosmos Energy CXO Tracey K Henderson commented that “positioning ourselves to thrive in a longer-term low-price environment […] has meant high-grading and rationalising of our portfolios, with a focus on ILX exploration [infrastructure-led exploration] and play extensions in proven basins”.

Linked to global emissions reductions targets is, of course, the rise of gas as a bridging fuel. Speakers across all sessions at AOW Virtual were excited about gas projects across the continent. Opening day two of the event, Hon. Gwede Mantashe, South Africa’s Minister of Mineral Resources and Energy said “We are re-positioning South Africa to be a serious player in the global gas market. We will promote the development of a domestic and regional gas market. We continue to advance our Gas to Power projects with the Coega Special Economic Zone (SEZ) identified as the first Liquefied Natural Gas (LNG) import terminal.”

Nigeria LNG CEO, Tony Attah, is similarly positive in his outlook for gas, saying “we took a big financial investment decision at the backend of last year – against the backdrop of what we call the Train 7 project – to grow capacity by 35%, moving from 22 million tonnes per annum today to 30 million tonnes.” Attah added that he is looking to increase the amount of gas NLNG sells within the African continent, the bulk of which previously went to the U.S. and is now exported to Europe.

When polled live at AOW Virtual, over 60% of delegates said they saw a mixture of gas and renewables being key to securing Africa’s energy future in the coming decades. Luc Koechlin, MD Southern Africa at EDF and Andrew Herscowitz, Chief Development Officer at the International Development Finance Corporation (DFC), are advocates for solar power projects on the continent, the cost of which has decreased significantly in recent years. On this topic, Herscowitz commented “If you’ve got a solar project and if it’s going to be above ten cents per kilowatt hour, you’ve got some explaining to do. It’s a very different market than what it was 5-10 years ago”.

Overall, in a historically difficult and unprecedented environment, AOW Virtual highlighted areas of opportunity in African oil, gas and energy. Until the industry can unite in-person again, such virtual gatherings will have to serve the industry as best as they can.