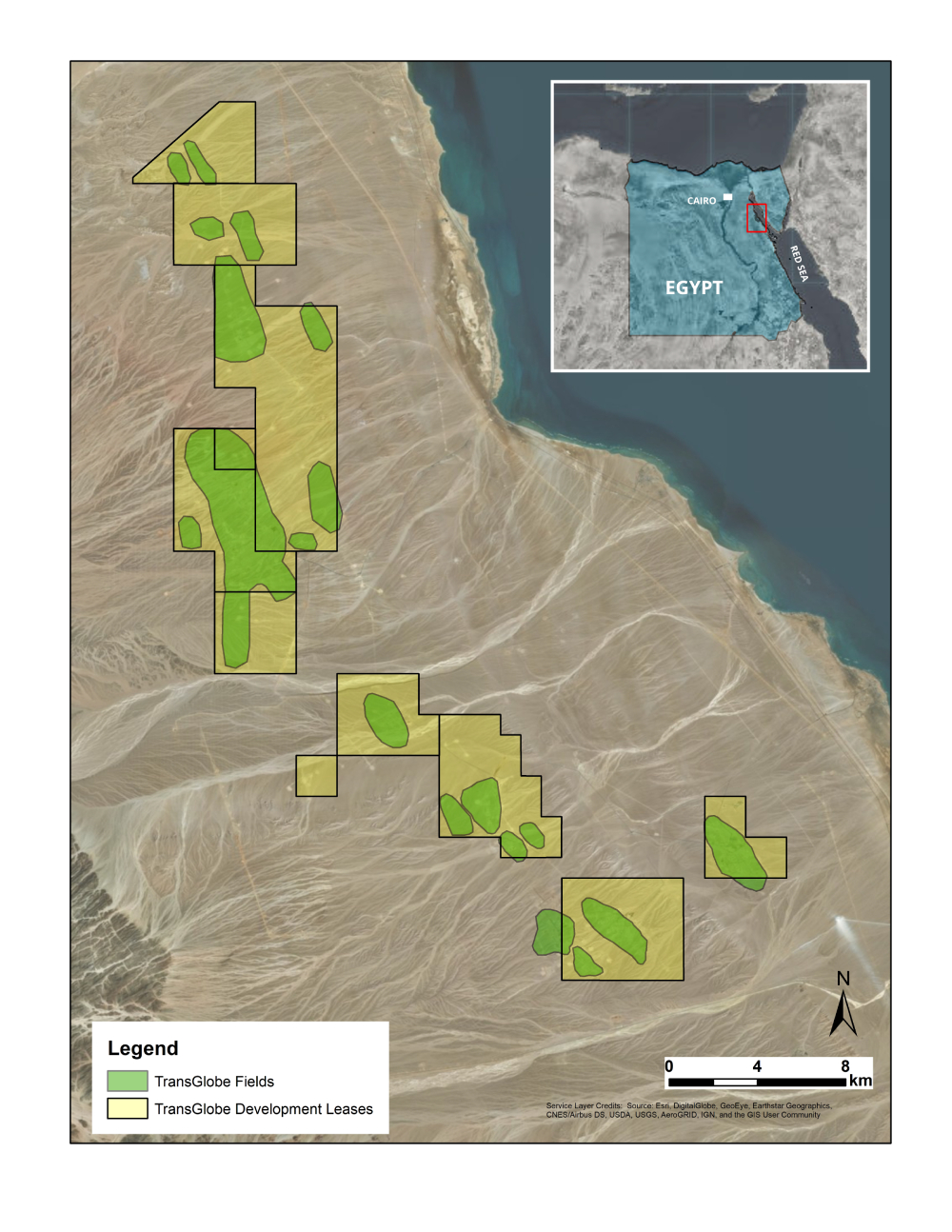 In Egypt, the Company contracted a workover rig to perform well interventions at West Bakr beginning in September 2020, and continuing into the fourth quarter.

Production averaged 9,635 bbls/d during the quarter, a decrease of 18% (2,122 bbls/d) from the previous quarter. The decrease was primarily due to deferred well interventions in Egypt during low oil prices and natural declines. With the well interventions that began in September 2020, it is expected that production will be in-line with full year 2020 guidance, including South Ghazalat, of 11,200 to 11,600 bbls/d.

The Company sold 253.1 Mbbls of inventoried entitlement crude oil to EGPC during the quarter.

The SGZ-6x well continues to produce from the Upper Bahariya reservoir at a field estimated rate of ~140 bbls/d light and medium crude to evaluate the zone, restricted to the optimal operation of the early production facility.

Production averaged 177 bbls/d during the quarter, a decrease of 24% (56 bbls/d) from the previous quarter.

The Company sold all of its entitlement crude oil production of 6.1 Mbbls in the quarter to EGPC.